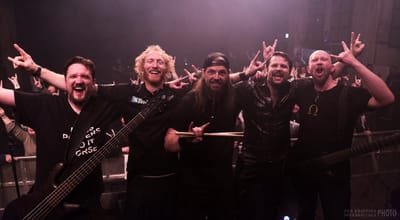 I the Betrayer is made up of five guys from altogether different musical backgrounds brought together by their love of metal, and random chance, to create music which encompasses every part of their collective vision.

Influenced by all kinds of styles, from blues and progressive rock to death metal, they have managed to carve their own identity within the genre. Among the heavy metal chugging and pounding drums, you can expect to hear soaring vocal melodies leading to guttural lows, progressive inspired leads on top of driving metal progressions and contemplative clean passages exploding into a forceful and commanding song. Their first release was an EP named "7", which is now available on most music streaming platforms. They have since also released a cover of Avenged Sevenfold's "Shepherd of Fire", their latest single and first music video "Guise of The Infectious", and are now working on releasing a new album for 2022.